"One Survivor's Story" by Cheryl Pagans 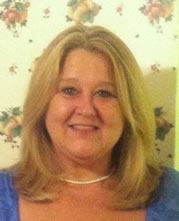 There was a time in my marriage when I couldn't wait to get home to my husband but at the end of my marriage that was the last place I wanted to be. The first two years of my marriage were good. It was hard and we had the same problems as any young couple starting out but we worked together. Then, everything changed around the end of year two when our first child was born; it was then the abuse started.

I remember the first time it got physical, we had an argument, over what I do not remember, but I do remember how it ended, with my husband's hands around my neck. I remember not being able to breathe so I fought back. I was able to kick him where it hurt and it was then that he let go. For several weeks I walked around with marks encircling my neck, this would be the first of many times I would be seen with marks around my neck.

I know you are thinking why did you stay...well first, I took a vow in front of God....and after the abuse he would always apologizes and say to me " I'm sorry, it will never happen again" but it did. There were good times, we had good times together but I knew my place. I knew what I had to do and what I could say because if I said anything that made him angry I would be the one that got hurt. There were times I could not answer the phone or door. I was living in a nightmare. Yes, I left several times but I would always go back.

I had it in my mind that I could deal with this but in reality it was slowly destroying me. I have scars on my body that have healed but what he did to me mentally I haven't yet fully recovered from. Being told for years that I was nothing, no one would want a ugly, fat, unintelligent woman; that I made him hit me and if I left he would kill me.

After the birth of my second son, the abuse increased along with his addiction to drugs. Yes he was using drugs. He would go into treatment centers and for a while he would stay clean (those were the good times) but he always went back to using. After witnessing the abuse escalate to our children while being abused mentally or physically on a daily basis, the eye opener for me was when my oldest child stood in front of me and said, "mama if you don't leave daddy he is going to kill you". It was then that I got the courage to press charges against my husband for domestic violence.

Our boys were 10 and 3. My husband was convicted of this charge and he was given a year to serve. I continued my relationship with my husband in jail. I continue to be there for him, because I had seen the good in him; he was a good provider; I do feel he loved us, but he loved the drugs more. As crazy as this sounds, I still loved my husband.

While he was in jail, I went back to college. This is where things started making sense for me. In college you take filler classes that really have nothing to do with your major, but one of these classes, Physiology, really changed things for me...and it was then I understood my situation better. It was all about ...CONTROL, his abuse was about power.

My husband served a year for the crime of domestic violence and soon after his release I let him come home. It was good for about a year, then I notice a change in his personality...he was using again. It didn't take long before his addiction was full blown. I had finished college by then; graduated with a 3.89 GPA, not bad for someone who had been told that they were dumb. As you can guess he went back to his old ways and the first time he hit me I left and went directly to issue a warrant for domestic violence. I had changed. I wasn't the same woman he knew two years earlier.

This is when I was introduced to the Franklin County Family Resource Center. I was told I would be safe there so I made the decision that this was the place for me and my boys. There I was SAFE. We had our own personal living quarters. The shelter provided classes in the effects of domestic violence on myself and my children. I recall people bringing in food and clothing as donations for the clients.

My abuser died while we were staying in the emergency shelter. The support from the Family Resource Center staff given to me and my boys I will be forever grateful. How am I today? Fifteen years later I am no longer a victim. I am a survivor and I am stronger for what I lived through.